The language is classified as Niger-Congo, Mande, Eastern, Eastern, Samo. The ISO code is sbd. It is also called Sa, Samo or Sane. There is a dialect called Toma (Makaa, Nyaana). The intelligibility across Samo varieties is low. There are positive attitudes toward the San language as it is used in many domains: in the home, religious settings, in the marketplace. Some also speak French, Jula [dyu], Moore [mos], and Western Niger Fulfulde [fuh].

The Rimaïbé are Samo who were former Fula slaves, but they now speak Fulfulde [fuh] as a second language, and live in Kawara, Kassan, Zoumou, and Teri in the Tougan area. 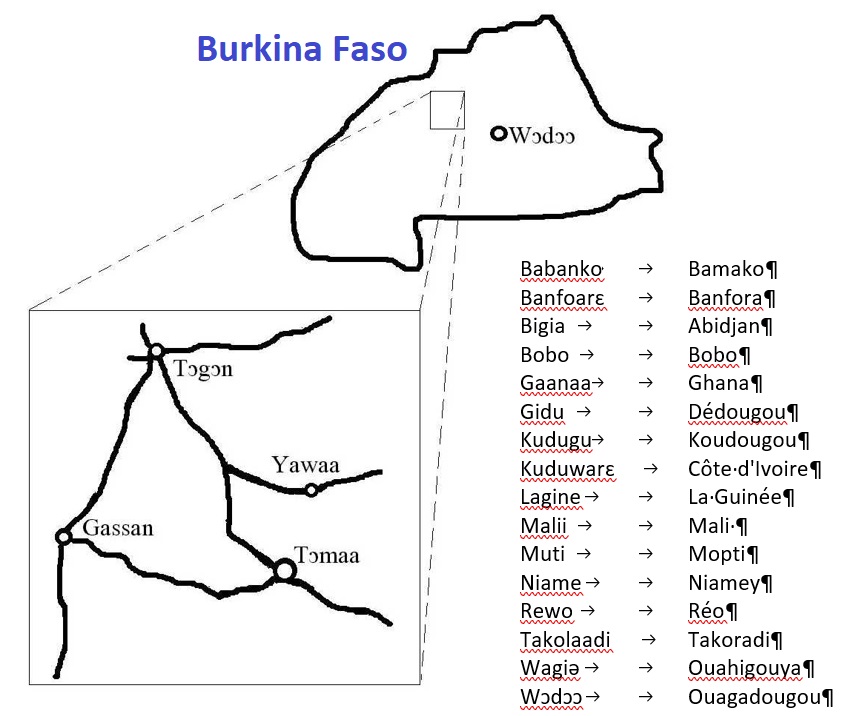 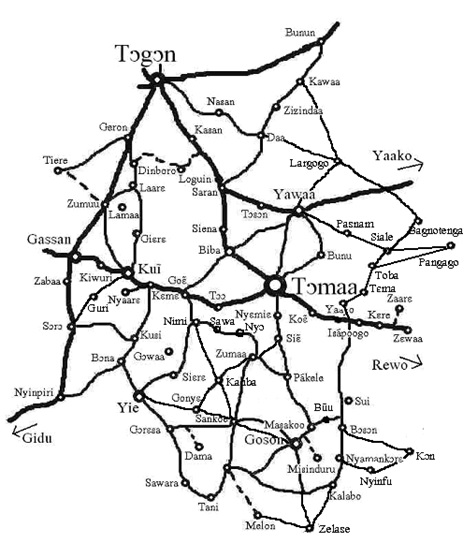